On the afternoon of September 16th, at the Government Headquarters, Prime Minister Nguyen Xuan Phuc had a meeting with Dutch Ambassador Elsbeth Akkerman, Belgian Ambassador Paul Jansen, and European Union investors, including Hateco Logistics, who wants to invest in port logistics projects in Vietnam.

Expressing his pleasure to the Ambassadors of Belgium, the Netherlands, and foreign investors intending to invest in the project of Cai Mep Ha Logistics Center (Ba Ria-Vung Tau province), the Prime Minister said that the relationships between Vietnam and Belgium and the Netherlands have been developing positively in all aspects. The two countries are important trading partners of Vietnam and many Belgian and Dutch enterprises are investing effectively in Vietnam. However, according to the Prime Minister, this result is still modest compared with the potentials and strengths of the two sides. 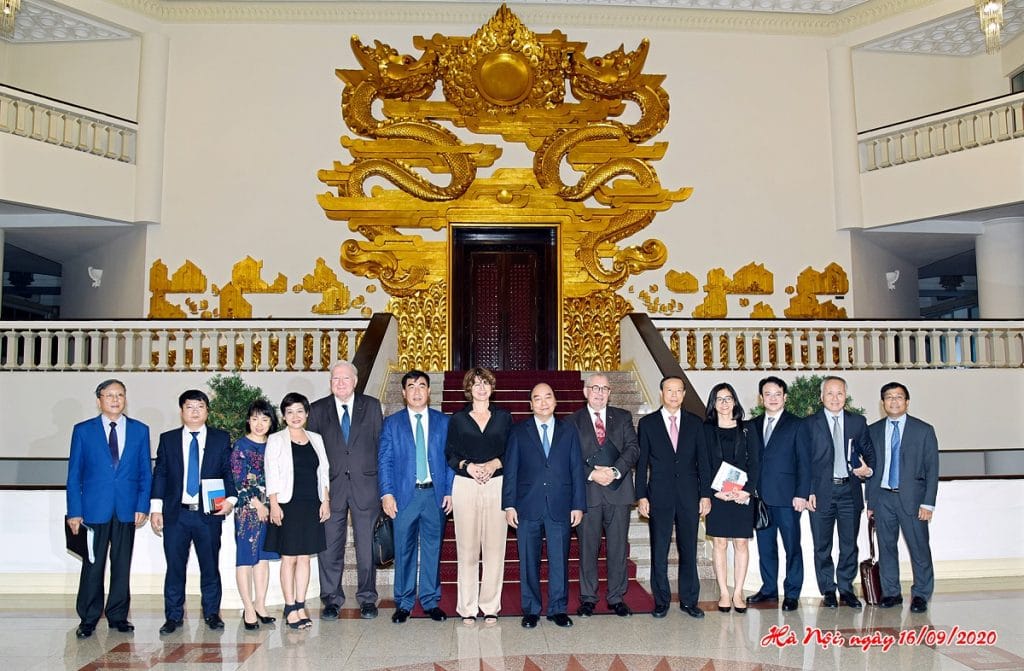 The Prime Minister highly appreciated the significance of investment cooperation between Vietnamese partners and the EU in the context that the EVFTA Agreement has just come into effect. Appreciating the reception from the prime minister, Dutch Ambassador Elsbeth Akkerman congratulated Vietnam on its impressive results in the prevention of the COVID-19 epidemic, and at the same time expressed his impression when Vietnam dealt with the problem all the while maintaining economic development.

While both sides are working to revive their economies affected by the pandemic, the EVFTA Agreement is an important manifestation of the Vietnam-EU relationship. “We are pleased that the Prime Minister shared that the two sides have great potential but have not been maximized. We have EVFTA and this will be a boost to the development of bilateral relations, creating a basis for cooperation and investment in a logistics project”, Ms. Elsbeth Akkerman said and affirmed that the Dutch Government supports this project as the Netherlands Development Bank pledged to contribute 10% of the project investment capital. 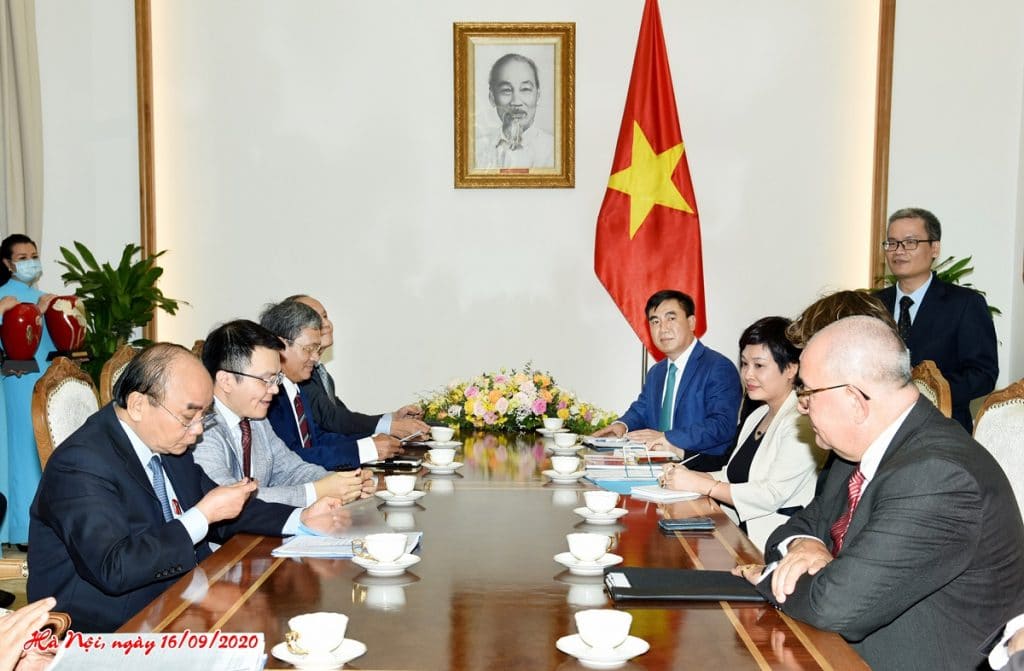 Belgian Ambassador Paul Jansen congratulated Vietnam on controlling the COVID-19 pandemic and said that the Belgian side also supports the project, thereby contributing to promoting trade between the EU in general, Belgium and the Netherlands in particular with Vietnam contributing to Vietnam’s economic development. Ambassador Paul Jansen said that the Belgian International Investment Group will contribute capital to this project.

At the meeting, investors said that the project could welcome large container ships bringing Vietnamese goods to the world. In addition, investors will also participate in promoting inland waterway transportation, transporting goods and agricultural products from the Mekong Delta to Cai Mep Ha and out to the world. Therefore, investors want the project to be approved soon, and at the same time affirming their commitment, if they are selected, they will implement the project on schedule, with quality, applying “green transport” measures for sustainable development. The leader of Ba Ria-Vung Tau province said that the province has approved the 1/2000 plan, identified the project location, and is ready to have clean land for investors.

Recognizing the comments, Prime Minister Nguyen Xuan Phuc highly appreciated the effective cooperation between Vietnam and Belgium, and the Netherlands at multilateral and international forums such as the United Nations, ASEM, and ASEAN-EU. The Prime Minister suggested that the two countries continue to support and care, and join the EU to speak up more strongly in the protection of the rule of law in the seas and oceans and support the stance of Vietnam and ASEAN on the South China Sea.

The Prime Minister thanked Belgium and the Netherlands for supporting Vietnam in its relations with the EU and believed that the EVFTA Agreement has just come into effect, creating great opportunities for Vietnamese and EU businesses to expand cooperation and markets; proposing Belgium and the Netherlands to support Vietnam to improve its capacity to effectively implement EVFTA and widely communicate to localities and EU businesses about this Agreement.

Prime Minister Nguyen Xuan Phuc affirmed: “The Government of Vietnam always creates favorable conditions for foreign investors and large enterprises, especially the EU, those with high potential and high technology capacity to do business with and invest in Vietnam“. The Prime Minister welcomed investors’ determination in Cai Mep Ha with the spirit of “green transport”, developing logistics to export Vietnamese goods to the EU and the world; appreciated Ba Ria – Vung Tau province for creating favorable conditions for investors. The Prime Minister assigned the People’s Committee of Ba Ria – Vung Tau to coordinate with the Ministry of Planning and Investment to consider the investor’s proposal on the project and report to the Prime Minister on relevant issues. “Who is slow, I will criticize”, the Prime Minister noted the work done.

The USD 984 million Cai Mep Ha Logistics Center project was promoted by the proposal of a joint venture of international investors from Belgium, the Netherlands, and Vietnam. The project’s goal is to develop Cai Mep Ha to become a leading center of transport services, containers, and agricultural exports from the Mekong Delta to the European Union./.